Meet the talented staff of HCT 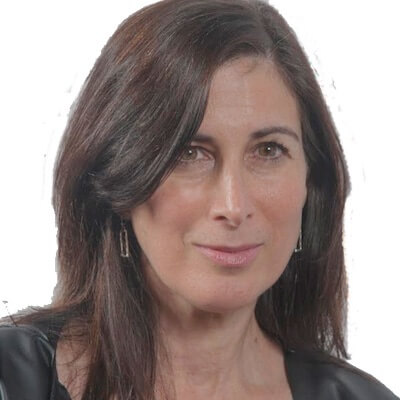 Chase Leyner founded Hoboken Children’s Theater in 2002. She received her degree at Skidmore College where she studied dance under American Ballet Theatre Star Elizabeth Carroll, danced at New Jersey Ballet, and studied at L’Ecole de Danse de Princes Grace in Monte Carlo. She studied acting with Sandford Meisner, William Alderson, Estelle Parsons and Sam Schact. Credits include stints on All My Children, One Life to Live, As the World Turns and Law and Order. More recently she starred as Mrs. Graham in the short film Pause and as Martha in the short film Martha and Chloe. She was a member of the Phoenix Theater Company and is a proud member of AEA. Chase has directed over 150 productions for HCT! 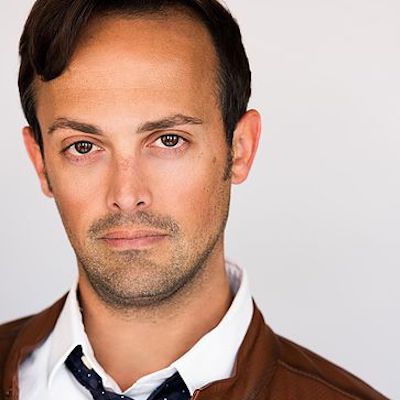 Scott is a proud member of the Actors’ Equity Association. A native of Pittsburgh, Scott has performed throughout the United States and internationally. He is a graduate of Point Park University’s Conservatory of the Performing Arts and holds a BFA in Musical Theater. Scott is also a classically trained pianist with over 17 years of training. Some favorite credits include: L.M. (Pump Boys and Dinettes), Guido Contini (Nine), Homer Collins (Floyd Collins), Baron Von Gaigern (Grand Hotel, Kennedy Center), Jinx (Forever Plaid), Bartell D’Arcy (The Dead, regional premiere). Scott also tours the world singing the music of Frankie Valli and the Four Seasons with The Unexpected Boys, a world-class tribute group. Piano Forte! is the dueling piano act he created with Million Dollar Quartet and Once star David Abeles; it can be seen whenever both of their schedules coincide. Scott is also an accomplished vocal coach who enjoys working with singers of all ages and skill levels. 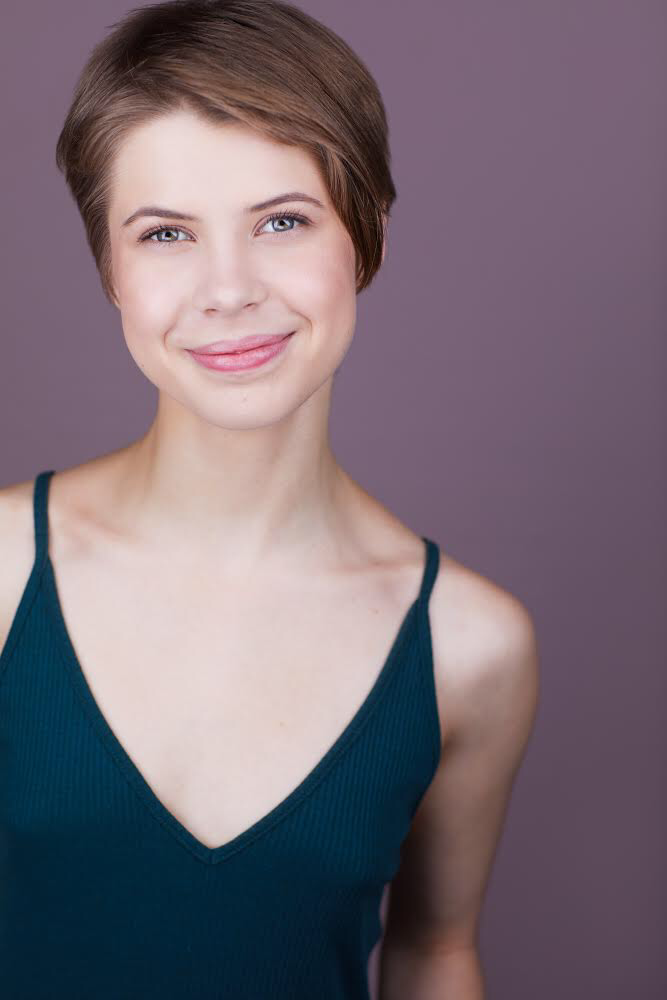 Anastasia Beliakova is a Russian born – NYC based actress, puppeteer, and theatre creator. A graduate of the Pace School of Performing Arts Devised Theater Program, she has written/performed original plays and musicals all over the place – including TheatreRow, The PIT, The South Street Seaport Museum, and even Bangkok, Thailand! Anastasia is an alumni of HCT and has taught at the Hoboken Jubilee Center and Step-By-Step Pre-school. Most recently she worked on the development of a puppet/musical adaptation of the Pout-Pout Fish with Acheson-Walsh Studios at TheatreWorksUSA, which premiered at the New Victory Theatre. 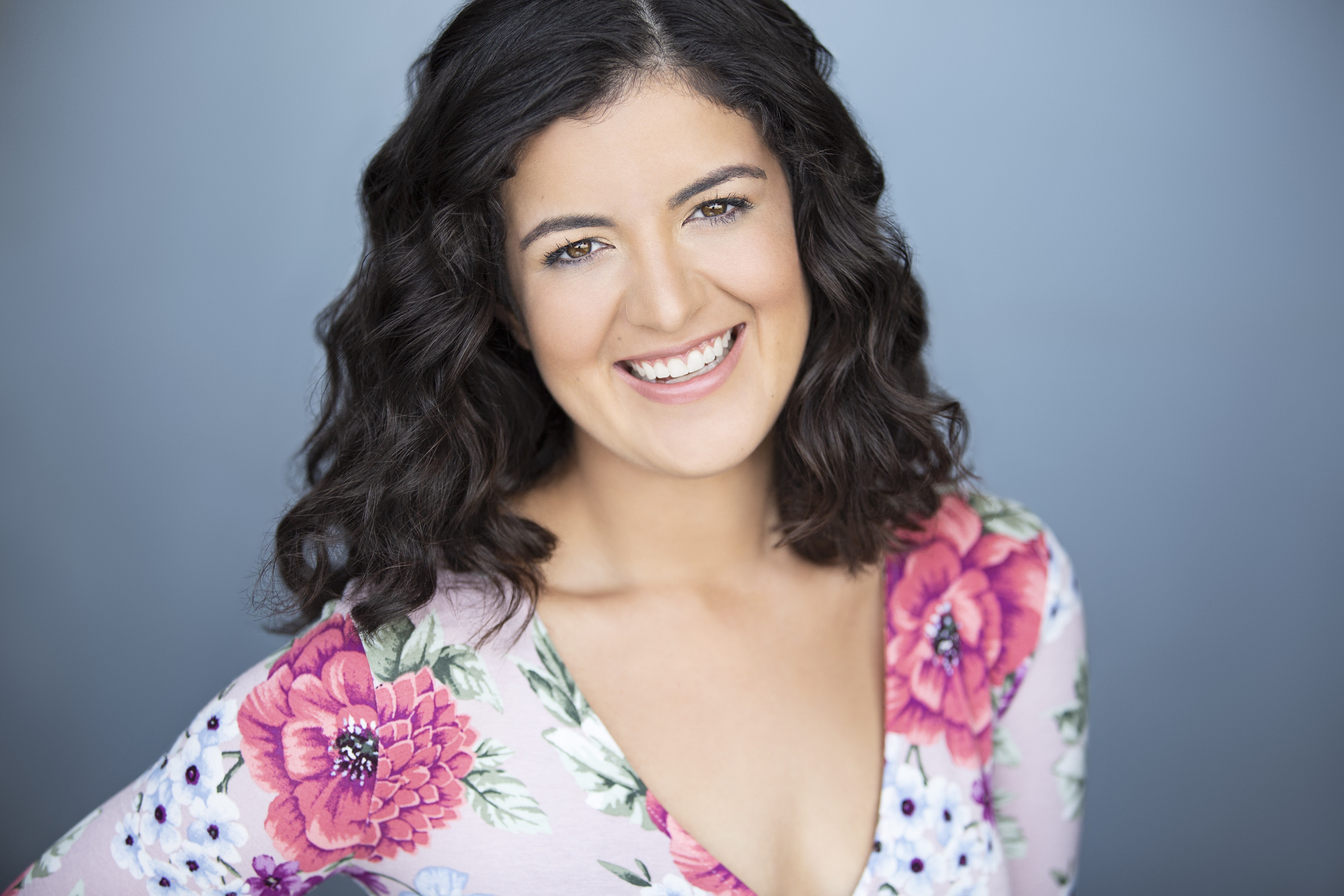 Samantha Alicandri is a Hoboken native and New York based actress. A graduate of Western Carolina University BFA Musical Theater program, she has spent the last 9 months traveling across the country (and Canada!) with Theaterworks USA in their musical Rosie Revere Engineer and Friends. She has worked as a director, musical director and choreographer with Riverside Theatre KIDS in Vero Beach, Florida. A proud founding member of HCT’s Senior Company, as well as a proud member of Actors’ Equity Association. 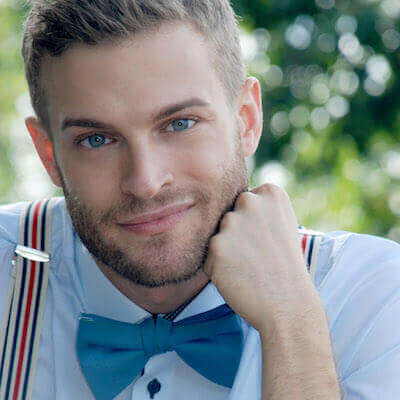 Aidan Davis hails from Lewisburg, PA and has been in love with music and performing his entire life. He began his musical journey at an early age with piano lessons, then began studying singing. By his high school graduation, Aidan had performed in competitions, festivals, and venues in 12 different states and 3 countries. Aidan earned a triple B.A. at Indiana Wesleyan in Voice Performance/Music Theory & Composition/Church Music and then his M.M. in Voice Performance/Pedagogy at the Cleveland Institute of Music and Penn State (WE ARE!). As an actor and singer, Aidan has appeared off-Broadway in numerous operatic and musical theater productions including Joseph and the Amazing Technicolor Dreamcoat, Seven Brides for Seven Brothers, Pirates of Penzance, Les ars florrisons, The Marriage of Figaro, and The Magic Flute. Aidan has also appeared in commercials/advertising for major brands like Axe and shows like Smash and Royal Pains. Aidan has been teaching private voice lessons for over ten years and enjoys working with students of all ages across multiple singing styles from pop to musical theater to opera. Aidan currently teaches full-time at Northside Charter High School outside Williamsburg, maintains a set of private students who sing on and off Broadway, and serves as musical director for various musical theater non-profit programs, various soloists, and theater companies throughout NYC. 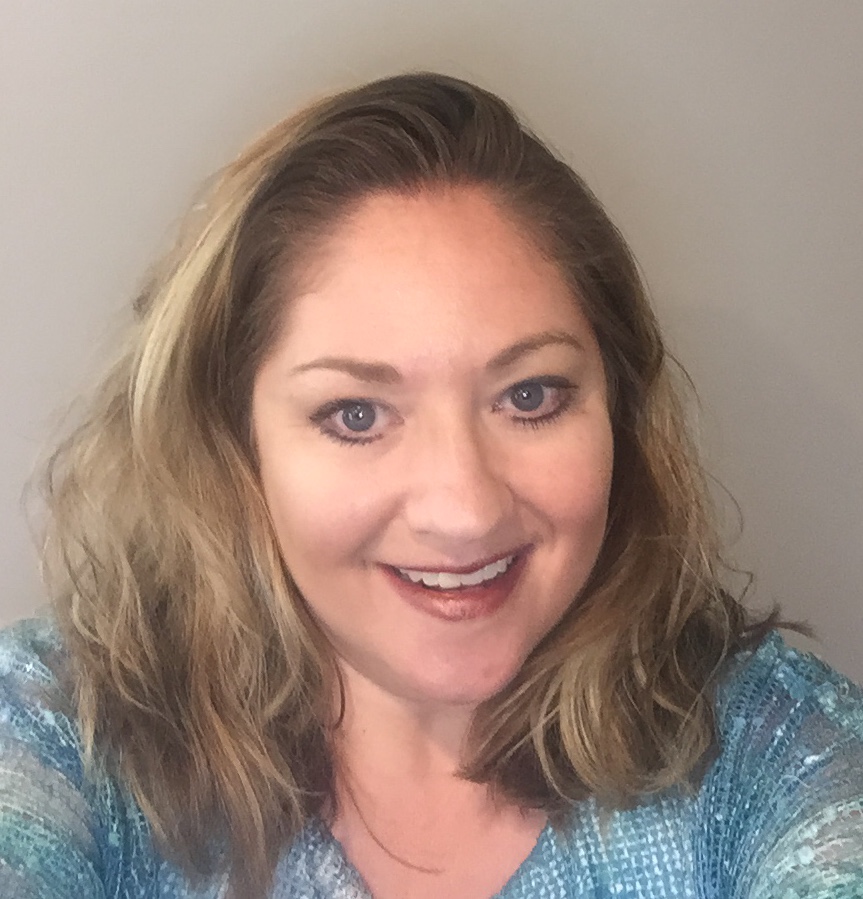 Cristina Wager-Weisman is a Texas native and holds a BFA in Theater from Carnegie Mellon University. She comes from Waterfront Montessori where she has directed, musical directed and choreographed over thirty productions for children from the ages of 3 to 14, including the Immigrant Monologues written and performed by Middle School students at Jersey City City Hall. She was a 2019 recipient of the Nimbus Award for Service through the Arts and is an MYP IB Certified Performing Arts teacher. She is also a Certified Positive Discipline trainer for teachers and parents. She has performed in theatrical productions, films, videos and commercials. She is passionate about jazz and tap dancing, trained in stage combat and swordplay and is a talented performer of different dialects and voices. 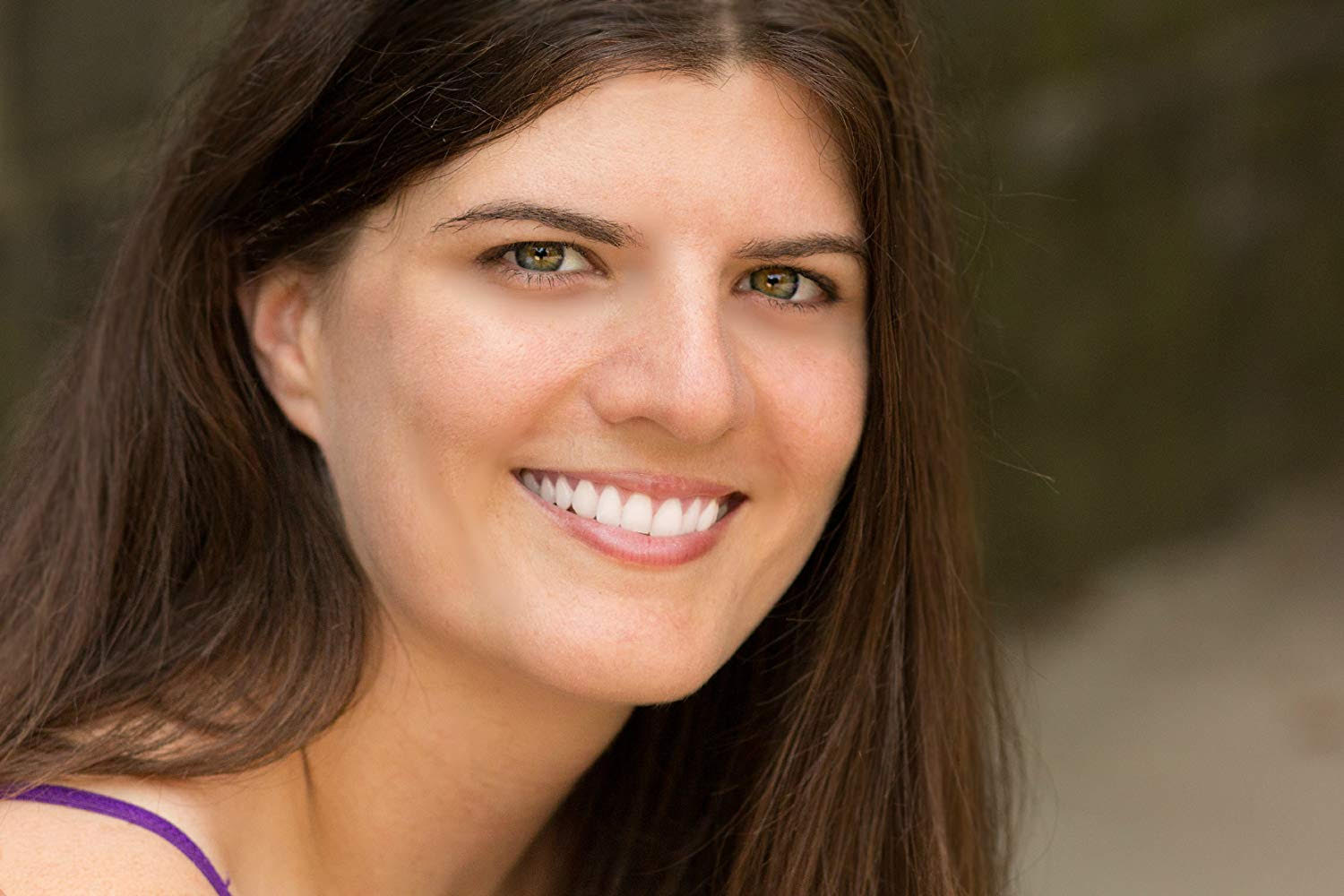 Melissa Malone is an actress, writer & filmmaker. A graduate of The NY Conservatory for Dramatic Arts, she is extensively trained and experienced with on camera, theater and voice over work. Most recently, she can be seen in the feature film, “At the End of the Day” and is a series regular in the award winning young adult series, “Or So the Story Goes.”As a filmmaker, she is the show-runner for multiple award winning digital series and short films, including “Block Watch,” “Or So the Story Goes,” “The Angry Man” and the upcoming series, “Kith & Kin.”In her spare time she loves writing, traveling, camping and staying up-to-date on her proud sci-fi addiction. She also teaches on camera acting and film making for children and teens. imdb.com/name/nm5140661/ 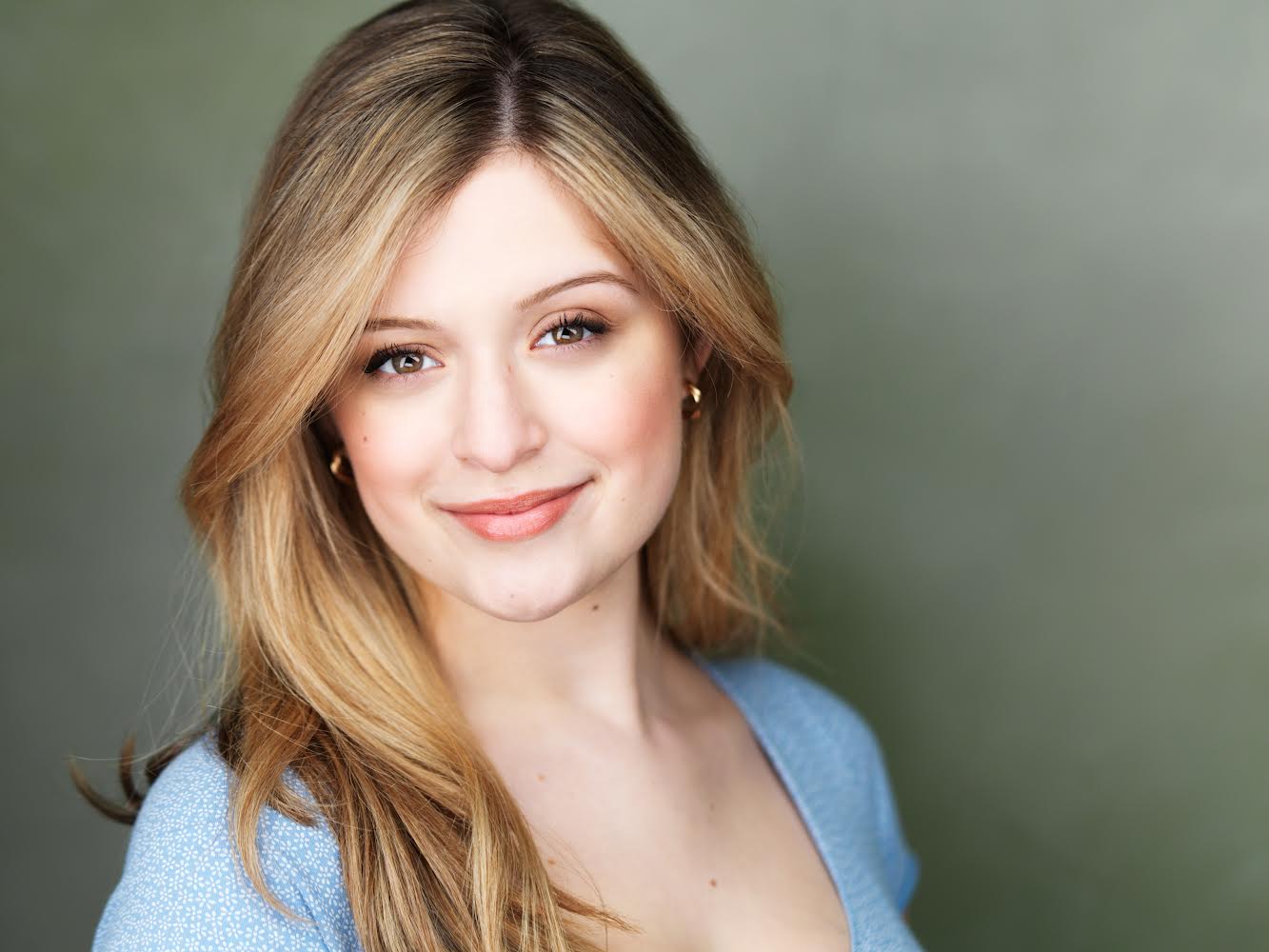 Jordan Auriemma is a New Jersey based actress, singer, dancer, and theatre educator. She recently graduated from Molloy College/CAP21 Conservatory with a BFA in Musical Theater. She has performed regionally and professionally, most notably at the Woodstock Playhouse where she was Sophie in Mamma Mia & performed in HAIR during the 50th Anniversary of the Woodstock Music Festival. Jordan is also an HCT Company Alumni- her favorite HCT credit is Elle Woods in Legally Blonde! 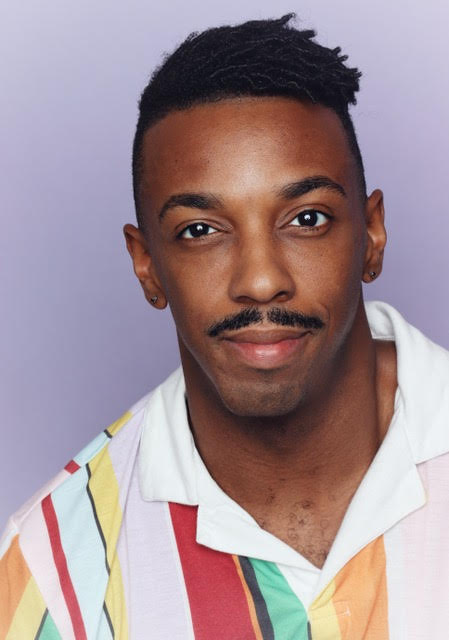 Tyler McKenzie (performer and educator) is a Long Island native with a BFA in Musical Theatre from Western Carolina University. He has since performed regionally and in the Broadway & National Tour productions of Mamma Mia, Matilda, and Hamilton. In 2019, Tyler received the Western Carolina University Young Alumni Award celebrating his level of distinction in his field of work, his commitment to the service of others, and his potential for future leadership/distinction. He also recently received honorary acknowledgement and membership from the National Society of Leadership and Success. Tyler has a major passion for education and has worked with young artists all over the country and online. Tyler is currently on the Musical Theatre Faculty of Penn State University this Fall 2020. IG: @TYLRMCKENZIE 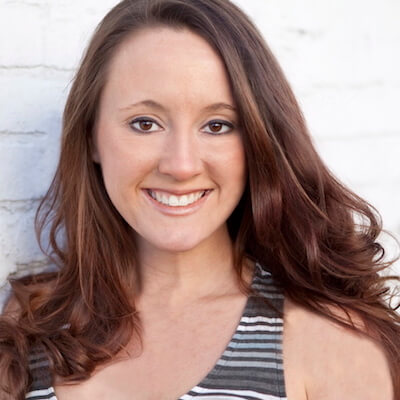 Jessica is a musical theater graduate and former faculty member of Bryan College in Tennessee. Her NYC choreography credits include Pace University, The Secret Theatre, and Broadway Bound Kids. Jessica previously worked as a teaching artist for Bronx Arts Ensemble and as a director/choreographer for Hoboken Children’s Theater before moving to Tennessee where she is the Arts Director at Christian Heritage School. She returns to HCT each summer to direct a show! 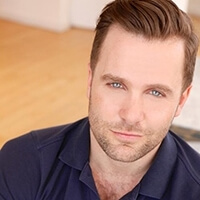 Caleb is a composer/lyricist and a member of the BMI Lehman Engel Musical Theatre Workshop. He is currently working on a musical adaptation of Brian Friel’s Molly Sweeney. As an actor he has been seen in Miss Saigon, The Phantom of the Opera, Cinderella, My Fair Lady and Thoroughly Modern Millie. He recently appeared on Broadway in the hit show Cabaret and in Paint Your Wagon at New York City Center Encores! 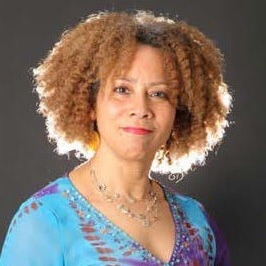 Joy Kelly is an actor, director and storyteller. Joy has been involved as a performer in Charles Dickens’ “A Christmas Carol” with Austin Pendleton as Scrooge. She has also performed on several soap operas including “All My Children” and “One Life to Live” and in the independent film “Out of Season.” Joy recently performed in the Faux Real Theatre Company’s “The Bacchae” at New York City’s LaMama Theatre. As a storyteller, Joy has performed in various parks, museums and libraries as well as schools in New York, New Jersey, Connecticut and Tennessee. She has told stories at the New Jersey Storytelling Festival, The Mohegan Festival, Story Grove at the Clearwater Festival in upstate New York and the Riverway Storytelling Festival in Albany, New York. As a director, Joy directed “Freedom Train” for TheatreworksUSA which tours all over the country. She has also directed various off Broadway productions and readings in and around New York City. Most recently, Joy directed a new play, “Mints,” as part of the Secret Theatre’s One Act Play Contest and it won best play of the festival. Joy also works as a teaching artist in the New York City Schools. Most recently Joy taught a course on Directing at City College in New York City.  She has worked with all ages teaching theatre, music and storytelling.