Hoboken Children’s Theater offers year-round musical theater and acting classes for ages 3 through young adult, and top-quality productions for the public at our own theater in Hoboken, New Jersey.

HCT’s producing arm is frequently asked by prominent theater writers to help develop, workshop or perform new works. One such project was our 2016 production of The Ballad of Janis Matthews and the Dodo Scouts, written by Giancarlo Rodaz and Rachel Dean, co-directed by Chase Leyner and Broadway veteran Don Brewer, and musical-directed by Scott Pearson. Getting in on the ground floor of these projects is an incredible learning experience for the organization and our performers.

We have developed shows for Theatrical Rights Worldwide, Broadway Licensing, and Stage Rights. 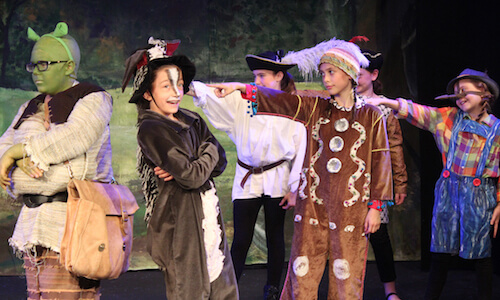 During the academic year, our Fall, Winter, and Spring sessions offer many opportunities for students to develop their singing, dancing and acting skills. Songs & Scenes and Acting classes culminate in a presentation for family and friends during the final class.  Our Sing! Dance! Act! and Performance Workshop classes put on full performances complete with costumes and sets. 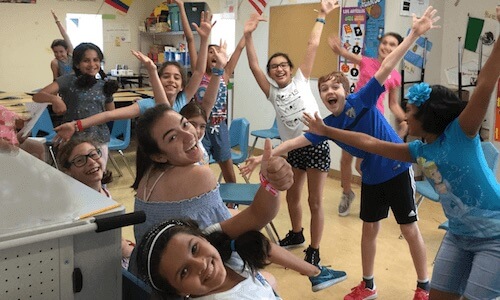 Our SummerStage program, Hoboken’s largest performing arts summer offering for children, is held each year at Hoboken Charter School and All Saints Church. Three full productions are mounted over three fun-filled weeks of rehearsals, as well as conservatory style classes in Voice, Acting, Dance and other activities. Classes are divided up by age, and we offer three week-long mini sessions for the youngest children.