Hoboken Children’s Theater Company is for young adults who are considering a career in musical theater and are ready to study voice, dance and acting at a professional level. Applicants are selected via audition or invitation, and prior performing experience is required. Company performances are semi-professional and are meant for the public.

Our JR Company has been a staple at HCT for over 12 years! The shows are always, slightly unknown works, done by professional minded kids ages 10-13. 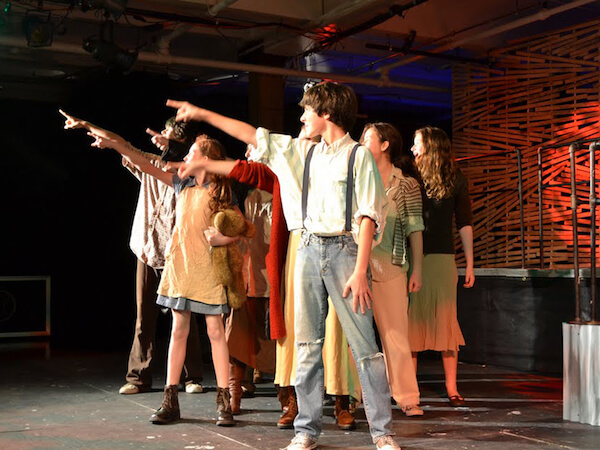 For the past 18 years, Hoboken Children’s Theater Company has produced both new shows and popular titles.

Our goal is to expose performers and audiences to exciting shows that are may be less well-known by the average theatergoer. Past productions include Children’s Letters to God, Imagine That, Changing Minds, Alice the Musical, James and the Giant Peach, and Beehive. We developed the script for Theatrical Rights Worldwide’s new “Young@Part” version of All Shook Up, and premiered a version of The Ballad of Janis Matthews (with some Senior Company members) that was nominated for Broadway World’s 2016 Award for Best Children’s Theater. We last performed Camp Rolling Hills in the Spring of 2019.

We also like to visit newer and innovative titles our audience goers recognize, such as Little Women, Urinetown, Pippin, The 25th Annual Putnam County Spelling Bee, Little Shop of Horrors and The Theory of Relativity. A particularly memorable production was Carrie in Fall 2013, starring Lisa Capps (Fantine in Broadway’s Les Miserables) and Frankie Alicandri (NJACT Perry Award nominee for Natalie in Porch Light Productions’ Next to Normal).

HCT Company members have gone on to some of the top College programs in the country. Many have appeared on Broadway, National tours, Film and Television. 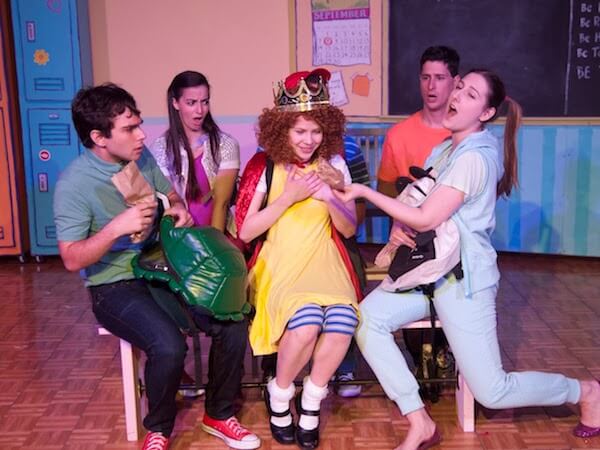 College age and up

What do we do with the incredible kids we’ve trained once they hit college and beyond? We throw them together with some wonderful mentors from Broadway and put on regional theater–level performances! Our Pro Company productions of Les Miserables and Legally Blonde were truly spectacular; our Princess K.I.M. production, aimed at children age 4 to 7, charmed audiences and was a great introduction to musical performance for Hoboken’s youngest theatergoers.